Paintball is a sport that has multiple variations, and every variation is fun to play. They say paintball is a new game, which is right to some extent. Paintball is not a centuries-old game; it originated a few years after the invention of the paintball marker. The first paintball gun was invented by Charles Nelson of the Nelson Paint company in 1960. Charles Nelson invented the paintball gun to be used by loggers and cattlemen to mark things like livestock or trees. He didn’t have an idea that his invented paintball marker would be used for targeting people. But that’s how things were planned.

Nelson Paint Company named it the Crosman 707 marker and decided to market it. But as ill-luck would have it, Crosman 707 dint meet the customers’ expectations and was a big failure. Charles Nelson took it as a challenge and decided not to give up. After the day and night struggle, Nelson found a renowned BB gun manufacturer that is Daisy who revamped the Crosman 707 and named it the Nel-Spot 007 marker.

This is how the paintball marker came into being in 1972, but who invented paintballing is the question that still pinches you.

Yes, paintball was not invented by a single person; rather it was the result of a group discussion of three friends, Bob Gurnsey, Charles Gaines, and Hayes Noel. Somewhere in 1981, these three friends were discussing and debating the survival of city folk in the woods. Who survives best in the woods country folk or city folk? The debate went on for a few days when one of the friends saw the advertisement for Nelson’s paintball marker in a magazine. That was the day when the idea of paintball came into their minds. They decided to imitate city dwellers and country dwellers and find out who could survive well in the woods using Nel-spot 007 marker.

Apart from these three friends, 9 other players also became part of the game, which was played on June 7th, 1981. Each player had to pay $175 to cover the cost of the game. The game took place in a wooded area of New Hampshire. Some rules were set, which were written by Bob Gurnsey. Out of 12 players, 6 were city dwellers and 6 were country folks. The first paintball game was of capture the flag format in which players had to collect all the flags while protecting themselves from being eliminated. The person who collected all the flags before the other players would be entitled to be a winner. On a 125 acre plot of wood, four flag stations were settled, each of which has a colored flag for each player.

Each player was well equipped with a Nel-Spot-007 marker, protection for eyes, and a simple and basic map of the playing field.

Winner of the Game:

The first game of paintball was played by 12 players who followed different strategies. Some players used their speed to get the flag before their opponent. Whereas, other players followed the strategy of eliminating the opponent first and then reaching the flag station without any fear. Some layers also use the stealth opportunity to win the game.

The winner of the first paintball game was Ritchie White who surreptitiously collects the flags without firing a single shot.

That was the time of history when paintballing was born. People started talking about the first paintball game.

The Dawn of Paintball as Sport:

Seeing the popularity of the game and the interest of people, a business opportunity popped into the minds of Bob Gurnsey, Charles Gaines, and Hayes Noel. They launched starter kits for paintballing which included a paintball marker, eye goggles, and a rudimentary rule book. This starter kit was sold for $150. These three friends contracted with Nelson Paint Company for a smooth and hassle-free supply of paintball guns.

Later on, in 1983, Bob Gurnsey organized a paintball tournament under the name of the National Survival Games National Championship. It was one by The Unknown Rebels, a Canadian team that won $3000 as a prize.

Until 1985, paintball got amazing success all around the world. Small paintball fields have been established all around the world for fast and action-filled games. In 1988, the foundation of the International Paintball Players Association was a great step in the growth of paintball, which ensures the rules and safety of paintball. By the end of 1989, the game had gained tremendous popularity, which is evident by the fact that on weekends, around 75,000 people play paintball in the US.

Things changed drastically when paintball leagues were first broadcasted on ESPN somewhere in 1995. Different rules and regulations were set for playing paintball. Like barrel plugs, which were banned in 2001 by NPPL and barrel covers becomes the international standard. In short, the paintball game evolves with time. It has got many different variations like speedball, woodsball, scenario-based games. It has now become a million-dollar industry with giant leaders in it like Tippmann, Empire, and Kingman which manufactures state-of-the-art markers and equipment for players. Every other day there is a new advancement in paintball like different calibers of paintballs are now introduced for low-impact gaming.

Paintball is a sport that emphasis more on teamwork. To enhance your team-building skill with paintball and be a part of paintballing history.

There are always some spaces to improvise any game, no matter if it’s paintball or what. You will find thousands of unique ways to get better at the game. Paintball is a game that involves lots of strategies and tricks to compete with the opponent. Whether you are naive or a maestro at paintball, every…

Like everything else, paintball ammo comes with a certain expiry date. So if you are eager to know that do paintball expires, then the answer is, yes, they do so. Paintball ammunition has a shelf life of about 4-6 months. It means, during this tenure, you can use these paintballs in leagues and tournaments. Paintballs… 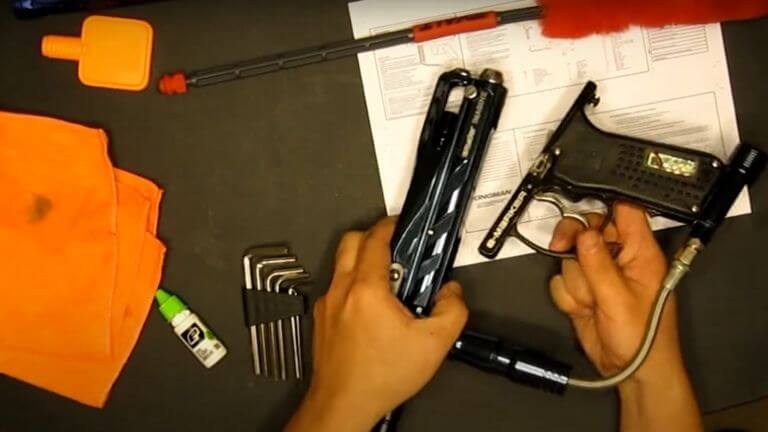 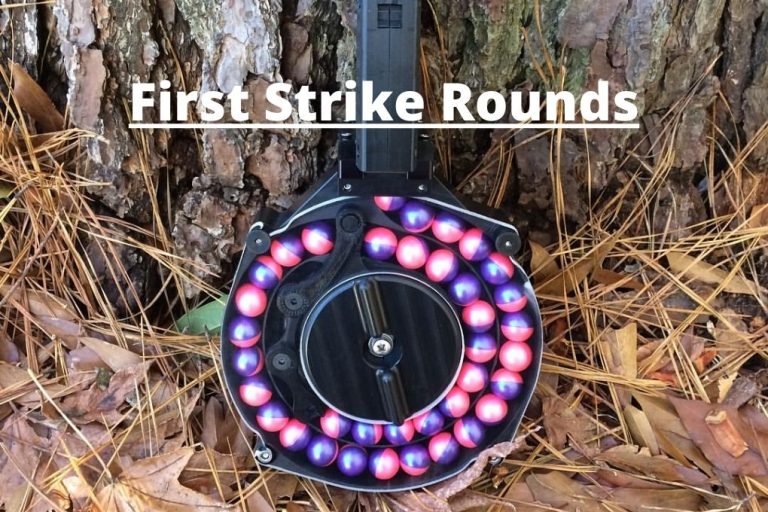 Paintball and first strike rounds are both weapons used in the game. They both have their own advantages, drawbacks, and specialties. If you’re unsure about which paintball or first strike round to use during your next game, keep reading for more information. Whether you’re new to paintball or have been playing for a while, you…

Paintballing is all about unlimited fun with strategy, aiming, shooting, and eliminating. It’s a sport that makes your weekend full of enthusiasm. But have you ever thought, like in other games, that you may become sick and tired of playing paintball? Mark my words; you won’t get bored of paintball, as paintball is not limited… 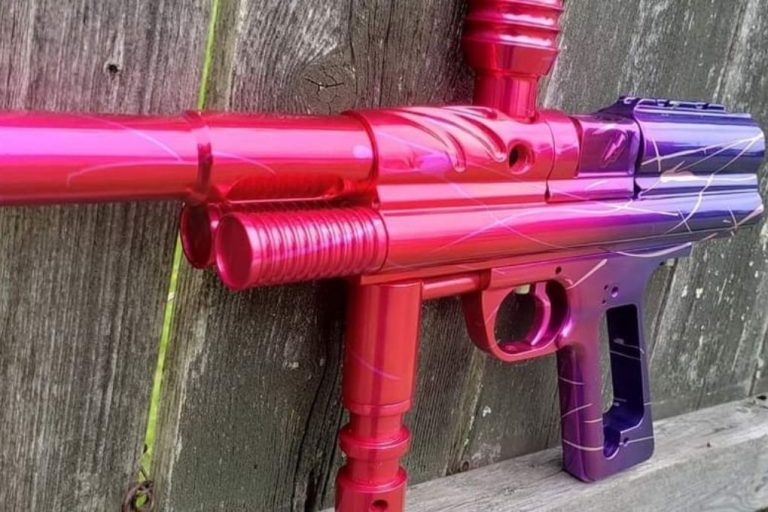 Are you bored with the constant look of your paintball marker? You could be looking for an entirely new and one-of-a-kind design. In that case, before you can get your paintball pistol personalized, you’ll need to decide whether you want it anodized, hydro-dipped, powder-coated, spray-painted, or vinyl-wrapped. Let us reveal to you something interesting about…