You only realize how much fun playing paintball is once you do it. Even though you and your friends came to play this game to bond, it quickly turned into an intense battle in which everyone wanted to win a paintball game. Now it isn’t just a mock fight, but a real one. When the stakes are this high, you need strategies and expert tips to win a paintball game against an opposing team.

Those who think paintball is just a game of wearing fancy gear on weekends and battling each other in ditches might be mistaken. Paintball games have become more complex with modern equipment. It is played mostly in open fields with air bunkers and we can improve paintball guns accuracy after that you can shoot 10-20 balls per second.

To survive and win as a team on the battlefield, follow the tips and tactics our seasoned warriors have compiled after years of experience. Keep reading!

Here are some instructions for how to play paintball effectively by learning when to attack, hide, move, and many more.

You should have a good understanding of your team mates—their weaknesses and strengths. It will give you better insight and help you devise a winning strategy.

For instance, if you don’t have an expert sniper, attack your enemy team before they attack you.

In case your team has a strong sniper, place traps and wait for other teams to come into the zone where you can ambush them from different directions.

Carefully analyze your team members and assign them roles based on their skills. A more secure place might be better for players who are more vulnerable to getting noticed. Give your high-skilled player the role of infantry, gunner, or scout.

Before playing paintball, you should learn the paintball game’s rules since each has its own set of rules. No matter how many times you have played before, you could end up being disqualified for not following the game rules.

Teamwork greatly relies on effective communication. Implementing any paintball game plan will require cooperation between each team member. Your ability to communicate with each other determines how well your moves will be synchronized.

It is crucial to understand what each team member thinks in a certain situation in order to communicate and motivate them effectively.

Paintball is all about teamwork. Following the instructions from your team lead and sticking to your role will help you stay longer in the game. Further, if you have ensured that your team members are occupying the key strategic points, opponents’ movement will be restricted, and you can easily gain your goals.

Before the game starts, carefully collect the information on the other team— what kind of weapons, ammo supply, and other gadgets their key players have. Knowing the weaknesses in tactics of both your opponents’ action and weaponry beforehand will give you a hint of how they will play. Additionally, these paintball tactics will assist you in preparing and installing counterstrategies.

Having the right paintball gun is imperative for winning the paintball war. Notice ammo supply before you play paintball. The key to outperforming in most games lies in the smart selection and use of a paintball gun, also choose Standard paintball size to improve paintball gun accuracy. It can mean the difference between a team winning and losing.

Additionally, you can build up an effective attacking strategy if you have a paintball grenade or smoke grenade in your ammo supply. The smoke grenades are used as efficient paintball tactics to deceive other teams.

Game Plan is a Key

Planning ahead helps teams achieve goals more efficiently. You should have strategies for every possible situation. Know where you can improvise and make your side strong. Most importantly, plan for the worst. This is what can make your team stand out.

Establish a central command center. Distribute roles—make an attack, patrol, and defense squad. As the game starts, send your patrol squad ahead and get information about the movements and location of your opponents. Then attack squad should exploit the weaknesses of the opponent team and attack them where it can cause more damage. This requires quick thinking and planning in response to changing circumstances.

In addition, there are a variety of strategies you can employ to eliminate your opponents, such as paintball bunkering.

Warm Up and Stretching

It is common to crouch, jump, and run while playing paintball. All these moves require players to be physically fit and active. As a result, stretching before a game is always a good idea. You can prevent injuries by stretching and warming up your legs.

In paintball, players are constantly on the run. Staying in one position for so long will attract opposition. Also, having left behind from the action won’t be of any use to your team. Keep communicating with your team and aim for a good strategic position in which you are not vulnerable and can eliminate your opponents easily.

The key is to move stealthily to avoid attracting attention and compromising your team’s location. Ensure you do not leave behind any equipment or tracks that could lead you back to your current location.

Make Good Use of your Surroundings

Make good use of your surroundings. This can help you create camouflage and hide effectively. Moreover, you should mentally map the game zone and identify spots that are good for attack or retreat. Therefore, you will be able to counter every move the opposition makes and be in the lead.

Don’t focus on just one single paintball player or specific section of the game zone. Tunnel vision can lead to immediate expulsion as the other team will most probably attack from the different portions of the paintball field.

The team with the best-attacking strategy will win. Make effective and consistent attacking attempts. Do not give them space to breathe; keep pressing on them. Don’t give them enough time to respond to your attacks. You should only go back when your team needs to make a tactical move.

Set up a Trap

Setting up a trap and leading the other team to it can make it quite easy for you to eliminate them. Using an extra shirt or jacket, you can place it on a bush or something that will make it appear that someone is hiding while you conceal yourself nearby. Start shooting as soon as the enemy approaches.

Use Element of Surprise

Confound your opponents by using the element of surprise. For instance, keep attacking your opposition from one section of the game zone. Then, they suddenly attack them from the side they were least expecting. In this way, you will catch them off guard. For deceiving purposes, you can use smoke or a paint grenade to move across different spots without being caught.

Play with a Positive Outlook

Playing paintball requires a positive mindset. Even though you are being chased and attacked by opponents, it is just a game. Bring your best self to it and enjoy it to the fullest. It will help to keep team morale high and trust your leadership.

Over the last few years, paintball has seen a rise in popularity. It is a great option to spend quality time with your friends or family. Playing paintball can be a fulfilling experience, especially when you are winning.

Professional paintball players recommend specific tips and tactics that can improve your performance. This article covers these strategies to help you win a paintball game. The thrill of playing paintball never wears off. Whenever you think it cannot offer more, paintballs prove you wrong and gives you twice as much fun. Among the amazing additions to the game are grenades. Learn how paintball grenades work and how to use them effectively with this quick guide. Paintball grenades fall under the… 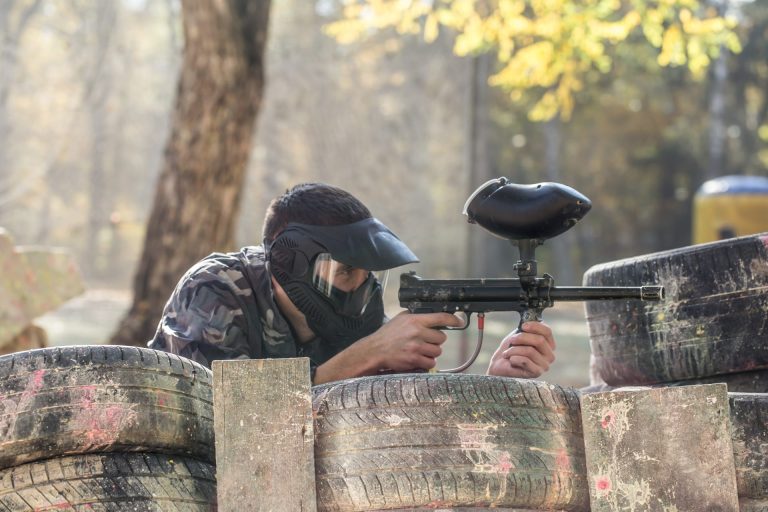 Empire Mini GS has become a trademark gun in the Paintball world. If you want to upgrade from a starter kit gun to something that can compete with high-end guns at an affordable price, this Mini GS paintball gun is a great option. The compact design, coupled with high accuracy, that too for $300, makes… A summer paintball game in Miami Florida, Texas, or Louisiana is challenging since the average temperature is over 80 degrees. The protective Paintball gear makes it hard for players to play in the scorching heat. Knowing what to wear to paintball in the summer is essential if you want to have a good time.  Why… 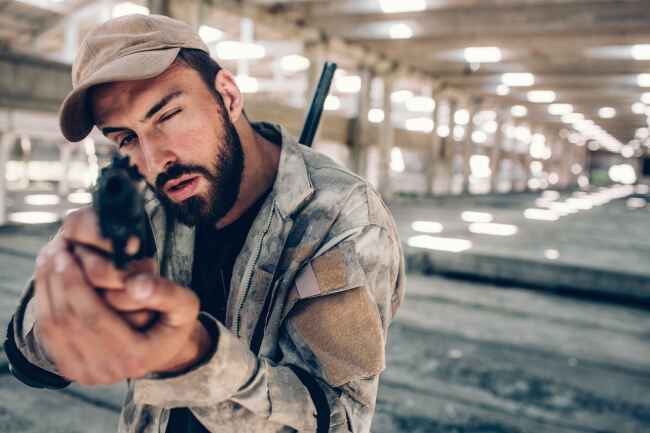 Most people undermined the importance of sidearms in paintball games. Having a reliable and accurate paintball pistol as your sidearm gives you an edge. It is especially true when you are in close combat conditions.  Although the market offers a variety of paintball pistols, the Tippmann TiPX pistol stands tall among them. It has been…