When you want some fun-filled and intense gaming activities for your teen kids and their friends, paintball and laser tag are the two options that hit your mind first. Both laser tag & paintball games are of similar nature, with almost the same objectives, but differ in terms of equipment and rules. One of our blog reader asked for Paintball vs Laser Tag comparison, so we have jotted different aspects in this guide for you.

Well, paintball is a game where players use some expensive and realistic style firearms that shoot paintballs, dye-filled gelatin capsules. These paintballs, on impact, burst and leave paint stains on the opponent. Usually, players are given a mission to accomplish while fighting with an opponent.

On the other hand, in laser tag, players use infrared emitting light laser tag guns to shoot or tag the opponent. Usually, players wear an infrared-sensitive signaling device that registers hits from other players. Laser tag is preferably played indoors because of its light effects and range. But some people also enjoy playing laser tag outdoor too.

For paintball, you will need lots of different types of equipment like a mask, hopper, pods, protective body gear, and most importantly paintball marker. The more you get into paintball, the more you will desire for high-end and expensive paintball guns.

On the other hand, you won’t need such costly equipment while playing laser tag. All you need is an IR guns and signaling device. That’s it, no need to invest in Ammos or protective gear.

Talking about the intensity of pain in laser tag is simply useless. Nothing hits you in laser tag. It’s just an IR beam that tags you. That’s it. Therefore, no scene of pain and its intensity.

In contrast to this, paintball hurts! Yes, it gives you bruises depending upon the speed of, the shot. Getting hit by a paintball gives the actual and real feeling of a soldier being hit by the enemy.

Laser tag is a game that is popular among all age groups and genders. But women, kids, and some elderly people enjoy playing laser tag, and the reason is the painless nature of the game.

Whereas, a certain age group loves playing paintball as they consider it as one of the enthusiastic and military simulation games. Like teens and 20-30 age group people. If compared to the fan base of both games, laser tag would be the winner, as women, kids, and the elderly love laser tagging because no one wants to get paintball reminders (bruises and welts) for a week.

On the flip side, laser tag is a game that is best for fun-freaks. It’s not full of aggression, rather it’s a fun-filled game. That’s the reason; women and kids enjoy playing it. It’s a great game to spend a quality and painless time with your loved ones.

Though, both games offer a few same rules, like no contact is allowed and no on-purpose hitting or bruising is permissible. But yes, there are some rules and regulations that are totally different in both games.

Which one is Better? Paintball or Laser Tag

One cannot deny the fact that paintball hurts and then a question must pop up in your mind: Who on earth would love to play paintball when it hurts.

So in reality, young boys and men love to play paintball because it is full of enthusiasm. And above all, it is more realistic. Paintball boosts the adrenaline level and players compete with each other as if they were fighting in real life for a cause. Therefore, for those people who love to play real tactical games, then paintball is their choice of game.

Laser tag is a skirmish sport that is a fun-filled game and best for kids, women, and elderly-aged people. For those people who like to play safe and clean, laser tag is for them.

We can’t conclude that laser tag is superior to paintball. Neither do we say that paintball is the best game. But yes, we can recommend paintball if you want something real with real MilSim style firearms. It is the game that not only promotes teamwork but also relieves stress & increases interpersonal skills. Usually, when we hear the word paintball, what comes to our mind is a large and wide-open air space with huge bunkers or trees, along with players creeping all around in scorching sun rays. That’s what we call an “outdoor paintball field.” Actually, paintball is an outside game, but in cold weather, paintball enthusiasts prefer… Who doesn’t know A Go kart is a small motorized racing car. Go-karting itself is great fun, but the fun doubles when it’s paired with paintball. Yes, Go-kart paintball is the new variation of paintball where players, instead of running on legs, use Go-karts to mark their opponents with paintball. You must have played paintball… Paintballing is all about unlimited fun with strategy, aiming, shooting, and eliminating. It’s a sport that makes your weekend full of enthusiasm. But have you ever thought, like in other games, that you may become sick and tired of playing paintball? Mark my words; you won’t get bored of paintball, as paintball is not limited… 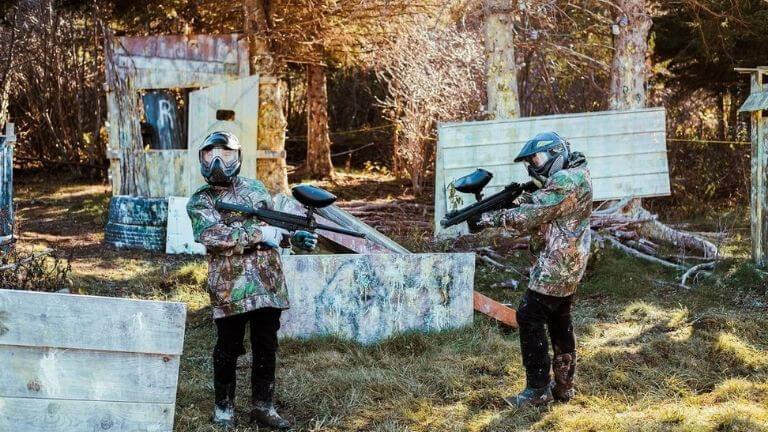